Lynda Donahue was elected today to the Board of Directors of the Women’s Golf Association of Northern California (WGANC).  The organization was established in 1907 and consist of 11,000 members from 106 private golf clubs stretching from Tulare County to the Oregon border.  The board consists of up to 18 women from nine regions in California.

Lynda you make us proud!

Lynda Donahue was named the SOTL 2015 Golfer of the Year. The recognition is based on a point system awarded for golf related activities throughout the year. Lynda participated and won several Western State golf Association sanctioned tournaments. She also was quite active in promoting junior golf activities. One of her female junior golfers participated in the Junior PGA for two consecutive years. Lynda conducted clinics worked with high school girls and started a coed Youth on Course Golf club in Solano County with Junior’s age 9 to 17 years.

Lynda’s 2015 tournament accomplishments include first place and medalist at the Spear golf club championship, 2nd place low gross (women’s championship flight)in the Western State golf Association championship, and first place overall in the Women in Golf, North/South Shootout. She also participated in numerous charity golf tournaments including the Sisters Across America tournament in Florida.
Lynda is a charter member of Sistas On The Links and has served as tournament chair for five years.

We applaud her accomplishments and congratulate her on receiving this recognition. 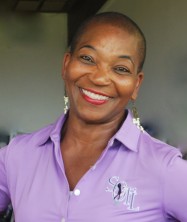 Click on this YouTube Link to view Janet Johnson interview with Gloria Bailey-Ray “U” Didn’t Get The Memo..talking about golf and SOTL….

Click on this link to view photos of 2016 tournament

FAIRFIELD — “I believe that everybody here today has the ability to make significant contributions and changes,” Evelyn C. Wesley said of breathing life into the legacy of the Rev. Martin Luther King Jr.
Wesley, who retired as president of Merritt College, was the keynote speaker Monday at the 11th Annual Martin Luther King Jr. Commemorative Breakfast held by the National Council of Negro Women, Fairfield-Suisun City-Vacaville Section.
“The Trumpet of Conscience, 2016″ was the theme of the event at the Courtyard by Marriott that was attended by more than 200 people.
Wesley spoke about efforts to follow King’s example and aspects of his teachings.
“We are challenged to be open-minded enough to set our individual perspectives aside in favor of a cause that is greater than the individual task for achievement,” she said. “Our ultimate success will validate the wisdom of finding common ground through compromise and coalition-building.”
Wesley pointed to current concerns, such as issues with the criminal justice system.
“I am certain that Dr. King would be actively engaged in the fight to reform our criminal justice system,” she said. “This is an area where coalitions can have a dramatic and a compelling impact for the compelling results he talked about.”
She also talked of a need to work with political representatives after electing them to office.
“We need to do more than cast our votes to elect candidates,” Wesley said. “We need to stop the practice of putting people into office, then abandoning them, leaving them there, caught in the quagmire of the status quo.”
Representatives need our activism and we need to be involved in making our wishes known, she said.
“And we need to hold their feet to the fire so that they deliver on the promises,” she said.
Wesley also spoke of the love that King preached.
“Dr. King said that we must never let up in our determination, and in the process we must never relinquish our privilege to love,” she said.
King taught that we are all children of God, she said.
“This powerful love of God is our common heritage,” she said. “It is a unifying force encompassing all people, regardless of race, gender, social status, religion or national origin.”
Wesley went on to relay a quote she recently heard.
“Black lives matter, all lives matter, but nothing will really matter until we learn to love,” she said.
Wesley asked those at Monday’s breakfast to consider what they can do to follow King’s example.
“I ask you to consider using his wisdom as a guide and re-examine how you use your time, your talent and your treasure to advance the cause for justice, equality and human rights,” she said.
“Check to see if they allow you to implement some of the lessons of Dr. King,” she said. “Do they encourage building partnerships and coalitions for action? Are the goals and objectives based on love and a respect for human dignity and compassion for all?
“He said we must be prepared to match actions with words by seeking out every creative method of protest possible,” Wesley said. “Every person of human conviction must decide on the protests that best suits his or her conviction, but we must all protest.”
Reach Kevin W. Green at 427-6974 or kgreen@dailyrepublic.net. 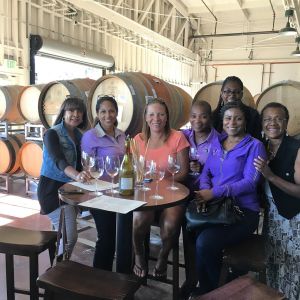 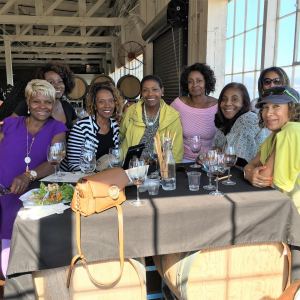 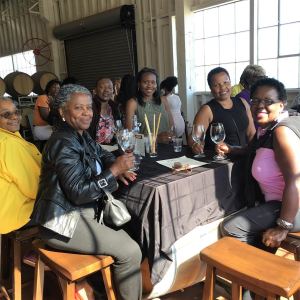