Dear Sistas:
Lynda, Lesley, Janet and I had the opportunity to meet professional golfer Ginger Howard this past weekend. At 17 Ginger was the youngest African American to turn professional and win her debut tournament at -10 shooting a personal best of 64. 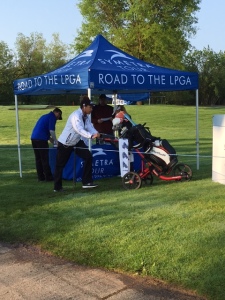 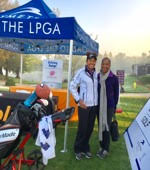 Lesley and Lynda went up to Windsor Golf Club on Saturday and Janet and I went up on Sunday, met her, saw her tee off and followed her progress for her first hole (she made Par). The Symetra Tour consists of tournaments scheduled from March – October 2017 with a demanding schedule across the country, fielding players from around the world. It is the second tier women’s professional golf tour in the United States and is the “official development tour” of the LPGA Tour. This is the first time the event has come to Northern California and Windsor Golf Course hopes to encourage the LPGA to return to Northern California in future years.

We were very impressed with this young lady and her commitment to golf. She travels to each of these tournaments, sometimes alone, and competes in this challenging field with hopes of ultimately playing professionally on the LPGA Tour.

Our contribution of cash, lodging and support was very much appreciated. She has thanked us on her Facebook page and may post other comments about this weekend there. While this was a one time contribution, a number of Board members have expressed the desire to create a more formal process for support of young women like Ginger.

More to come on this!

Many thanks to Lynda for making us aware of this opportunity and to each of you who contributed.